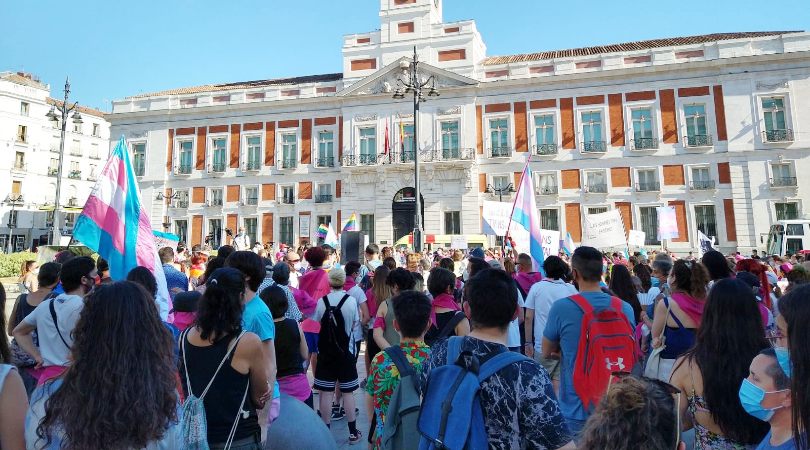 The disagreements between PSOE and UP, the parties that make up the Spanish government, are blocking the so-called “Trans Law”, leaving the trans community in a dead-end situation.

Trans collectives are asking the political groups that facilitated the Coalition Government with their votes to admit the Law in Congress so that it can be debated.

The electoral programmes of PSOE and UP coincided in the commitment to present a Comprehensive Law that would recognise the rights of trans people, so it was not surprising that this Law was one of the points included in the Programmatic Government Agreement and announced by President Pedro Sánchez in his investiture debate in the Congress of Deputies.

In the recent years, Spain has experienced an unprecedented open attitude towards the trans community, largely due to the emergence of specific trans associations, beyond the traditional LGBTI organisations, and also the appearance of family associations representing trans children and youth, which have carried out a great deal of work to raise awareness and provide information.

The effort made by these groups has been essential to show that, in a public consultation carried out by the Ministry of Equality asking about the suitability of legislating for the full equality of trans people, more than sixty thousand people took part and 96% of the contributions were in favour of the Law. It has also influenced the results of the latest Eurobarometer survey published by the European Commission on the rights and social acceptance of LGTBI people, where Spain leads with 83% of favourable responses towards legally recognizing the identity of trans people. Likewise, the surveyed population is also in favour of the legal recognition of non-binary people.

In July 2020, in a massive demonstration in Puerta del Sol in Madrid, the popular discontent of the trans community was manifested, caused by the unjustifiable delays in the admission of the draft law of a text that had already been revised by the collectives and political parties. After months of meetings in the Ministry of Equality, with the aim of drafting a new text, the Vice-President, Carmen Calvo, who maintains trans exclusionary positions, is preventing the text of the law from being debated in the Council of Ministers, once again denying trans people the possibility to see their rights eventually recognised.

This situation has led to the desperation of trans people and their families, who see their legitimate demands being used by their representatives as an element of confrontation. They have therefore decided to call an indefinite hunger strike in which around a hundred people are participating, including activists, mothers and relatives of trans people and even people allied to the collective. They hope that this wake-up call will serve to get politicians back to work for the needs of citizens, to admit, debate and approve a text that recognises the right to legal recognition of the freely manifested identity, including non-binary people, children and inmigrants, to ensure that trans people are not pathologised and that they are guaranteed their rights in terms of health, education and work. 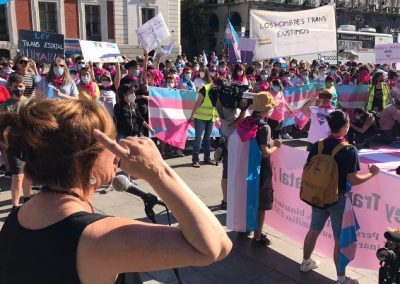 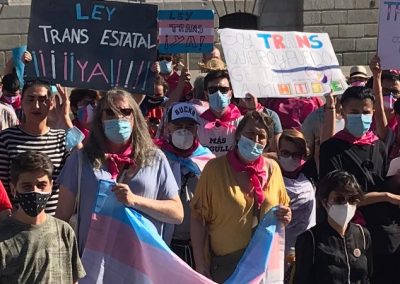 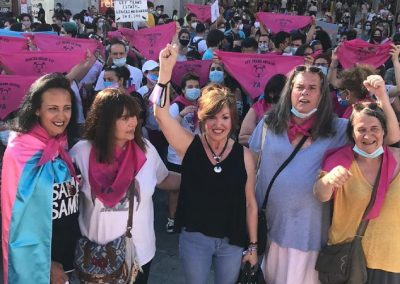 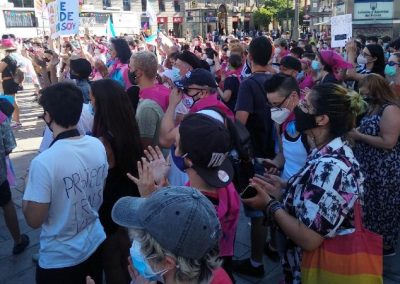